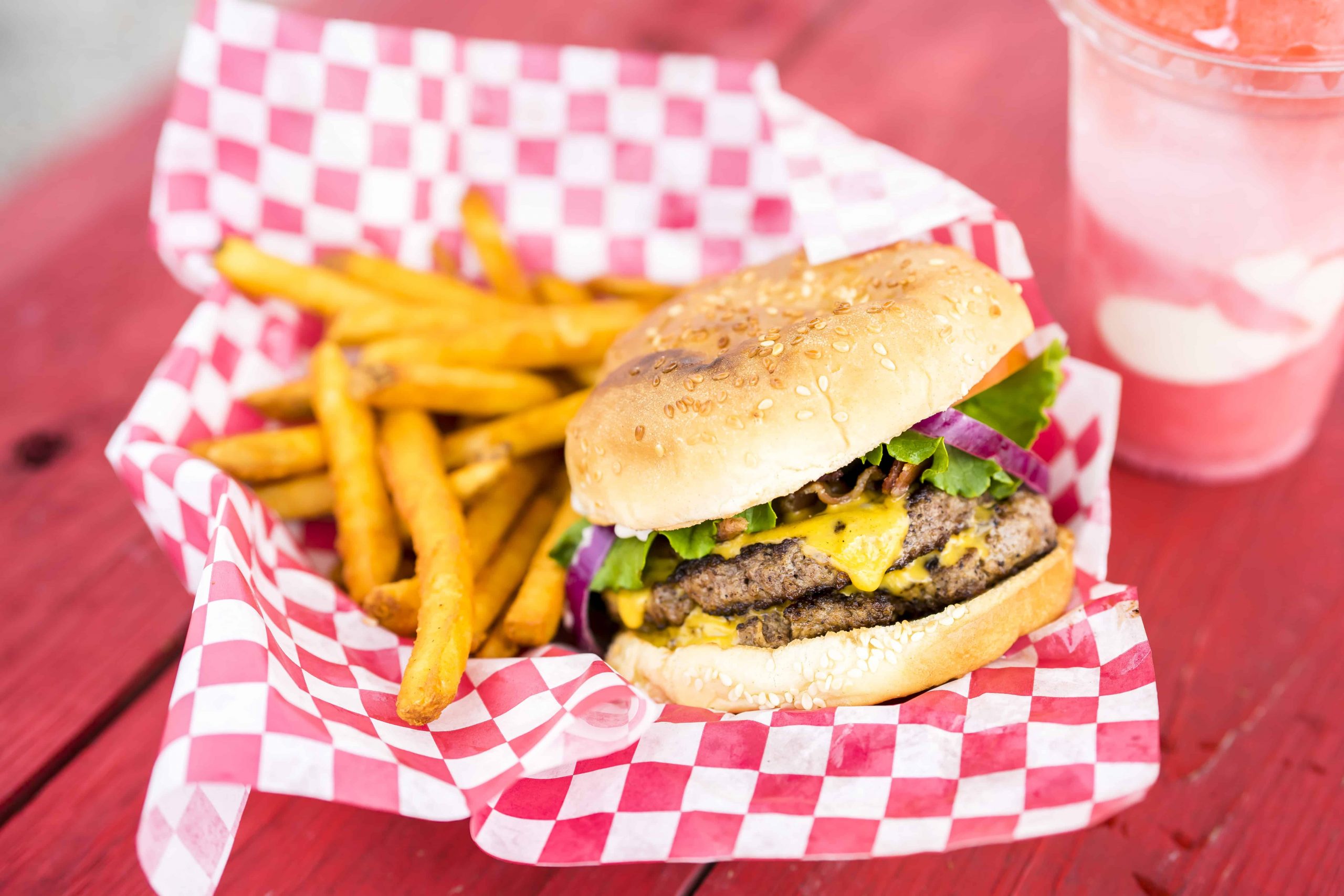 Corpus Burgers To Help You Get Over Whataburger

CORPUS BURGERS TO HELP YOU GET OVER WHATABURGER

We were just told “it’s not you, it’s me” and a lot of us are a bit broken up about it. It’s a rational emotion for the blindsided break-up that just occurred. We were the apple of Whataburger’s eye then out of nowhere they said they wanted to see other states by looking for outside investors. It didn’t take long for them to fall into the arms of a Chicago suitor. But! It doesn’t matter because I’m over here playing the field, savoring some tasty burgers that have that young Whataburger physique. You know what I’m talking about, the buns were toasted, the cheese was sliding down the sides and the meat melted when you took a bite. Let me help everyone out with some suggestions for you to try, so you too can play the Corpus burger field.

Starting off in similar fashion to WB, Vick’s opened up over 40 years ago in a shack. They’re still going strong and stuck to their Corpus roots by opening a completely new building literally right next to their original location. I also love that they took over a spot on Ayers that had huge shoes to fill. Do yourself a favor and make a quick trip through their drive-thru and grab an Ultimate burger. It’s a South Texas kind of mix! 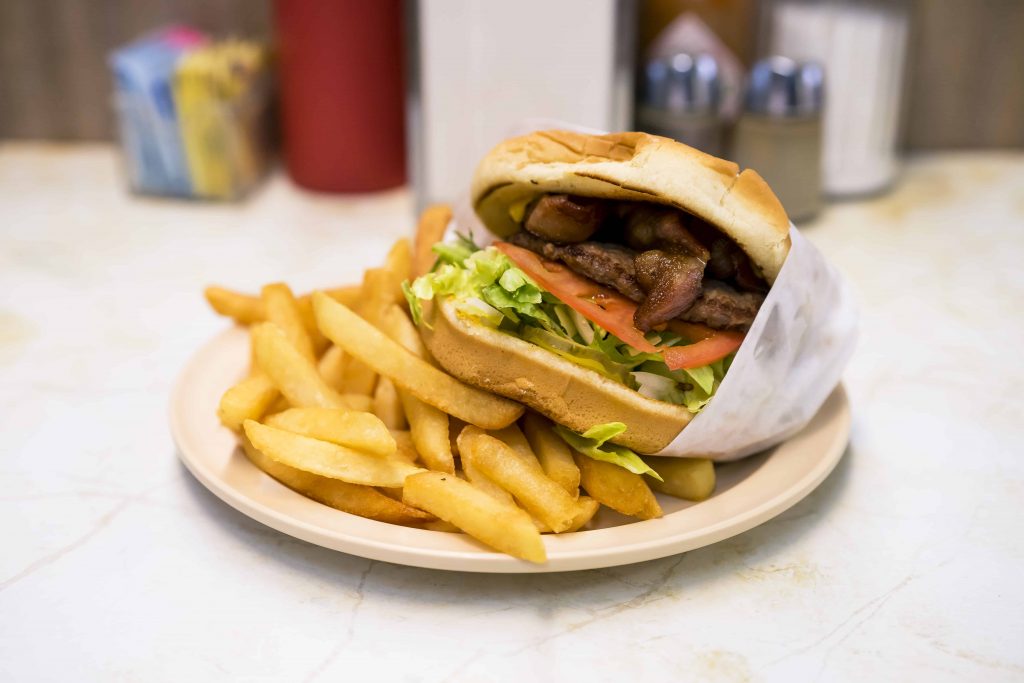 I was lucky enough to have one of those old-timey pharmacies down the block that I could ride my bike to as a kid and we’re lucky enough to still have Hamlin Fountain around. It doesn’t have a pharmacy anymore since that section is now the bakery but the feel is still the same. The nostalgic feeling as you go sit down on one of the bar stools and order a cheeseburger and a shake is everything. This place is more than a throwback but a staple all cities need.

It’s easy to pass up this heavily fortified establishment up but I recommended keeping a look out for it when you drive down Morgan. I stopped in and had a Choriegg queso burger that was the tits! Queso Flameado or Queso Fundido has to be up there on my list for favorite things ever so this burger was made for me. If grease and cheese isn’t your thing that’s cool, they have other  interesting choices for you. Of course, you can also go with the regular cheeseburger and still forget who Whataver her name is. 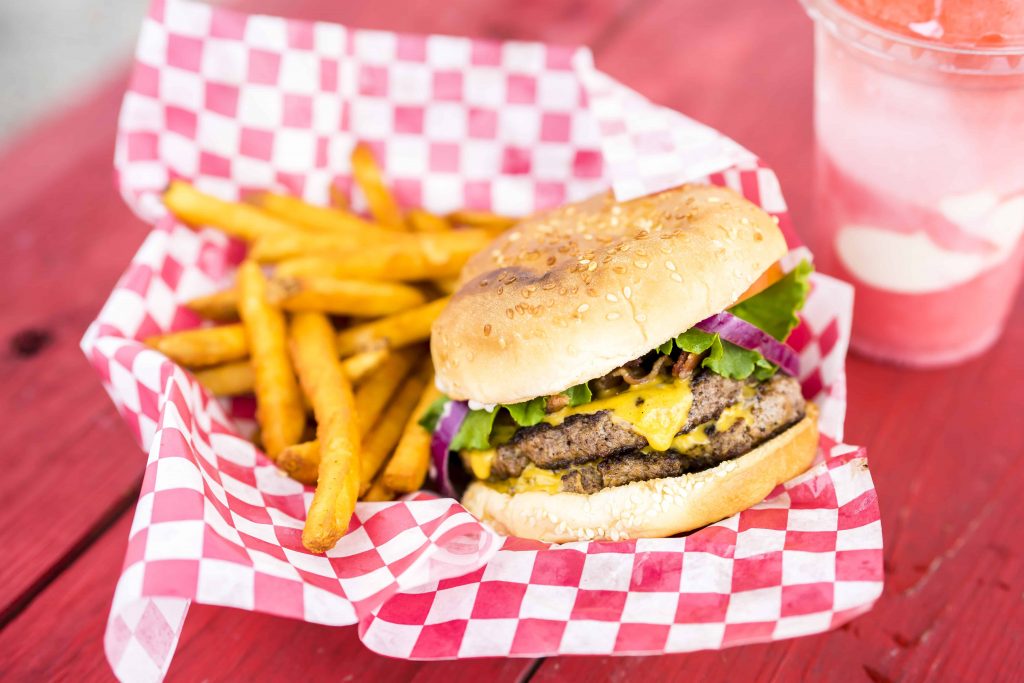 Redline at one time had the hottest burger combos in Corpus. They were sprawled out to 9 locations around town and were a staple dinner for Corpus families. This was a place I thought would forever be just a memory until I started to hear rumors of a Redline food trailer popping up. When they opened and started serving the lines were insane, I had to give it some time before I could give it a try. Even weeks out you had to catch them at the right time or else you’re starting your wait at least 20 people back. My first trip there did not disappoint and as soon as I took a bite my taste buds remembered exactly what this place is all about. The burgers have a signature look; a crisp leaf of lettuce, big tomatoes, pickles and healthy cut of purple onion on a toasted sesame bun. It’s a very classic burger. 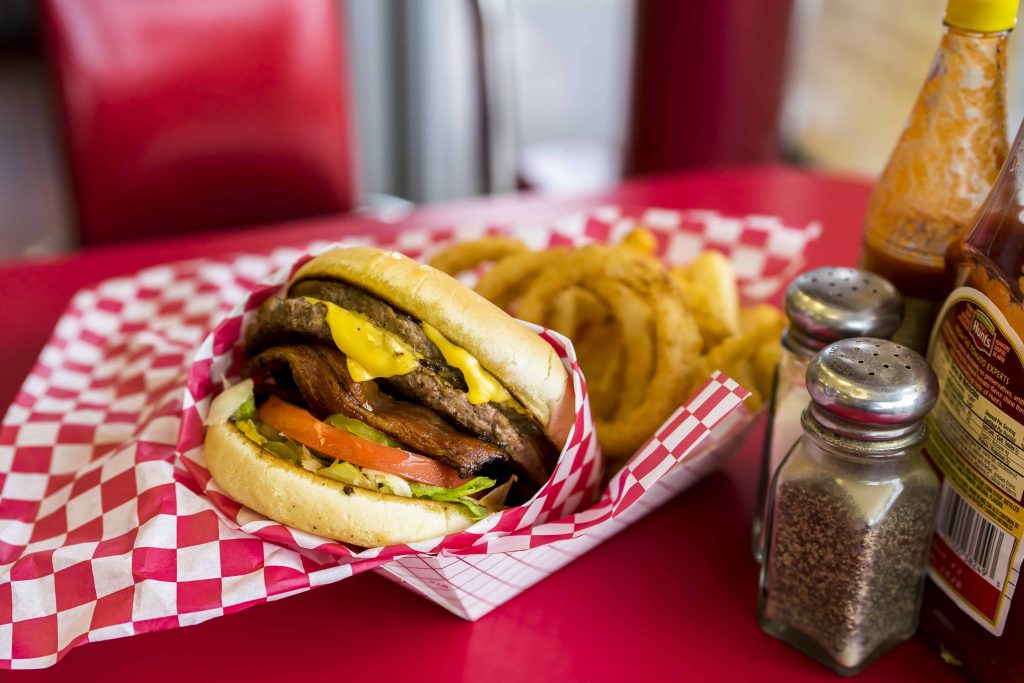 Snapka’s has been around since 1948 and has stuck with the drive-inn model which I very much appreciate. The core of the staff has worked there for a long time and take a lot of pride in what they serve. It’s not just a loyal customer base but also a loyal workforce which is what will make any place great. The burgers are exactly what you think of when you want a diner, drive-thru or drive-inn burger. Remember when I talked about that old Whataburger physique, here you go. This is that burger that makes you completely forget about that breakup. You officially take her number out of your phone after this.

previous post
Every Free Movie Playing At The Bay Jammin’ Summer Series
next post
Corpus Businesses That Are Thinking Up Creative Ways to Eat Out, In 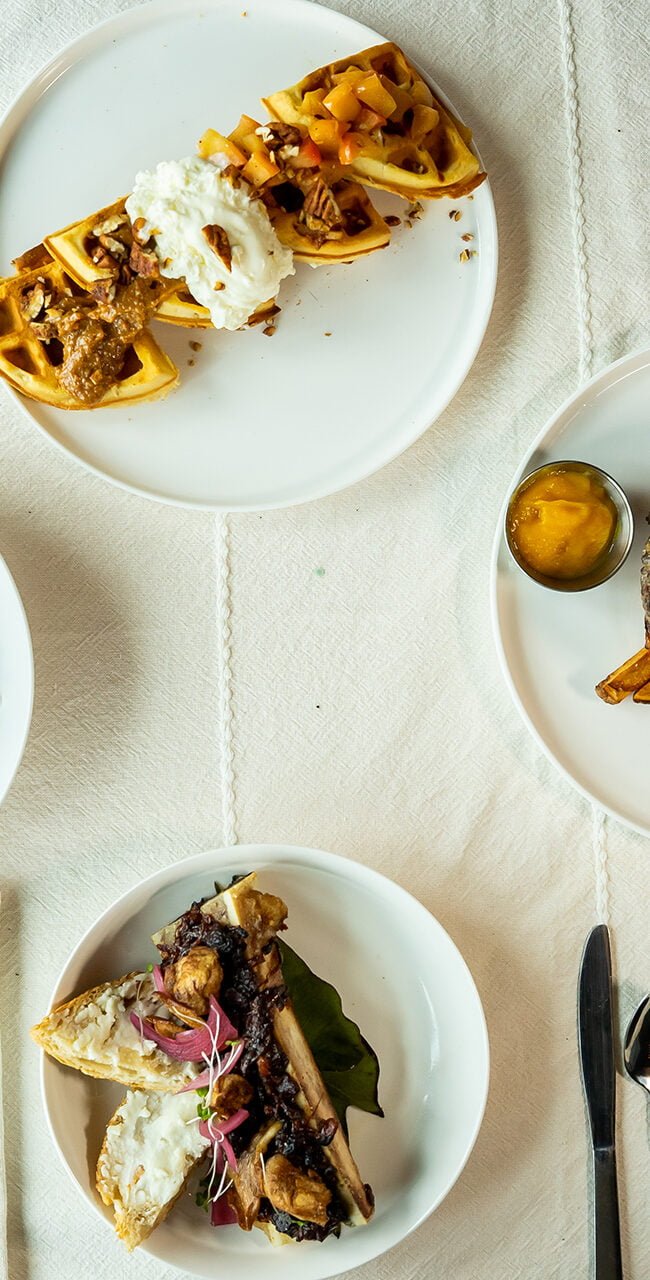 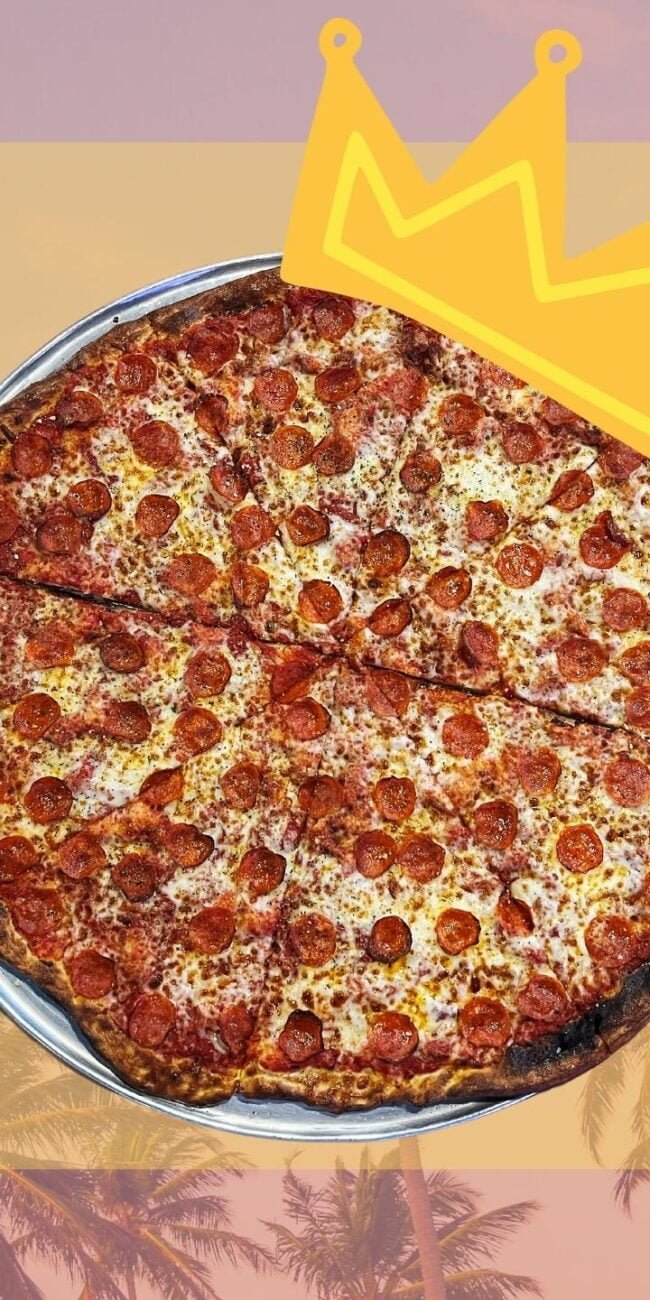 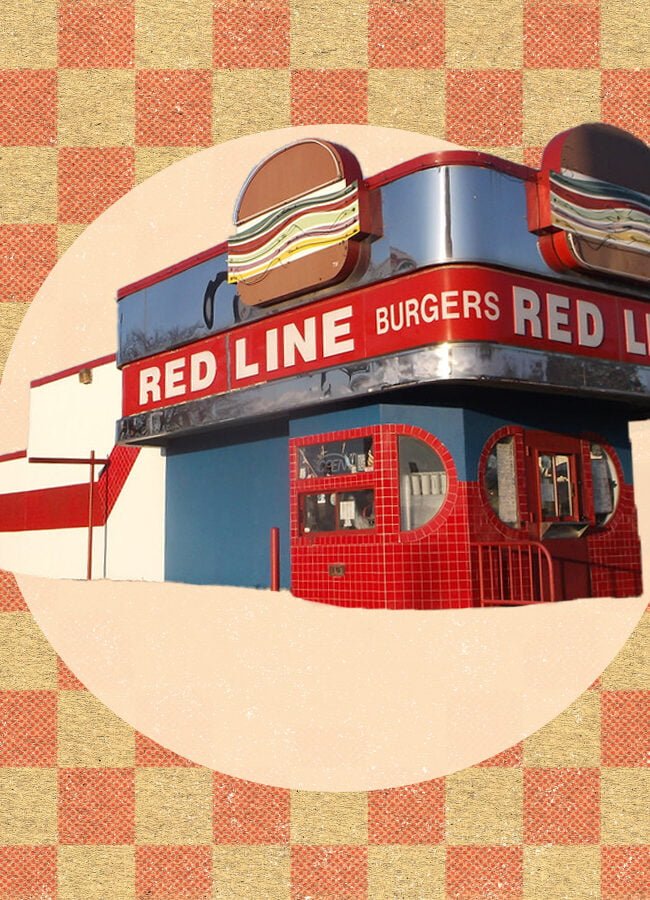